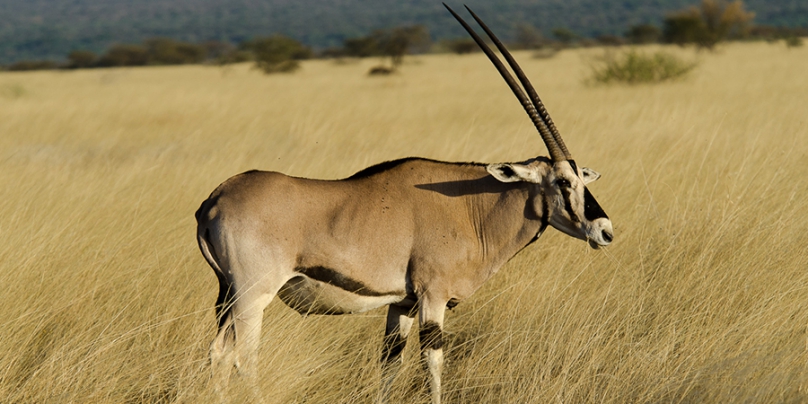 Awash National Park is one of the National Parks of Ethiopia. Located at the southern tip of the Afar Region, this park is 225 kilometers east of Addis Ababa (and a few kilometers west of Awash), with its southern boundary along the Awash River, and covers at least 756 square kilometers of acacia woodland and grassland. The Addis Ababa - Dire Dawa highway passes through this park, separating the Illala Saha Plains to the south from the Kudu Valley to the north.

The Awash National Park was established in 1966, although the act authorizing its existence was not completely passed for another three years. Wildlife in this park include the East African Oryx, Soemmerring's Gazelle, Dik-dik, and the lesser and greater Kudus, as well as over 350 species of native birds.[1] Previously there were packs of the African Wild Dog, Lycaon pictus, but this species may now be locally extirpated.[2] In the upper Kudu Valley at Filwoha are hot springs amid groves of palm trees. 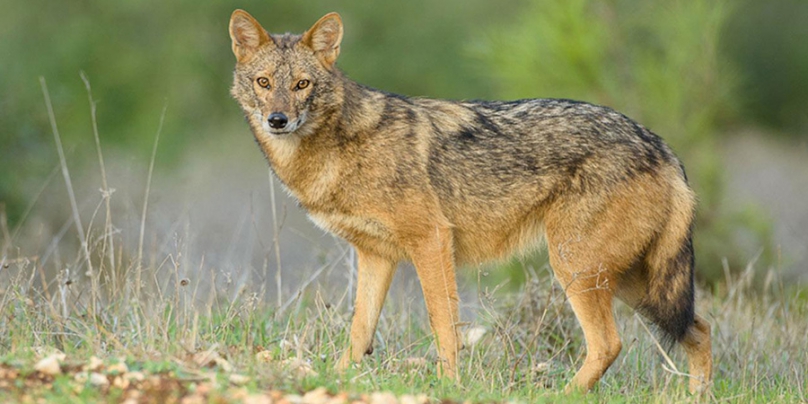 The Bale Mountains National Park is a national park in the Oromia Region of southeast Ethiopia. Created in 1970, this park covers about 2,200 square kilometers of the Bale Mountains to the west and southwest of Goba in the Bale Zone. Within its boundaries are some of the highest points in Ethiopia, which include Mount Batu.

Bale Mountains contains three distinct ecoregions: the northern plains, bush and woods; the central Sanetti Plateau with an average elevation of over 4000 meters; and the southern Harenna Forest, known for its mammals, amphibians and birds including many endemic species. The central Sanetti Plateau is home to the largest population of the rare and endangered Ethiopian wolves.

The endangered Painted Hunting Dog, Lycaon pictus once existed in the Park (with relict packs reported in the 1990s), but may now be extirpated due to human population pressures in this region.

As with the other National Parks in Ethiopia, Bale Mountains is at risk of local peoples moving inside the boundaries and settling there. In October 2002, it was reported that nearly 20,000 individuals had traveled from the Mirab (West) Hararghe, Misraq (East) Hararghe, and Arsi Zones into the park, where there is fear that their presence will intensify destruction of the environment and increase risks to communicable disease. 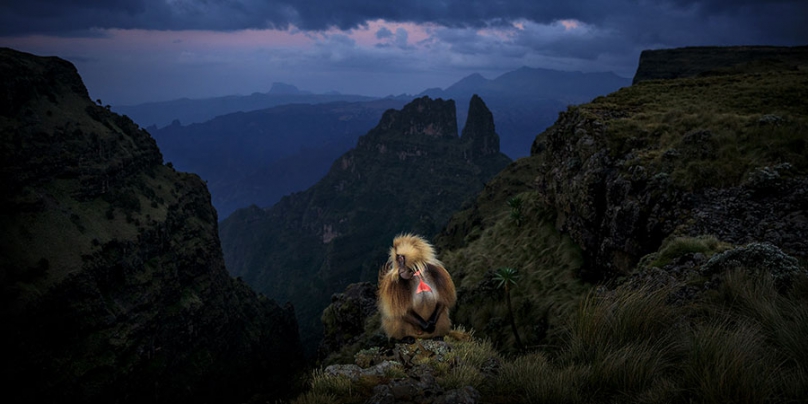 Semien Mountains It is home to a number of extremely rare species, including the Ethiopian wolf, Gelada Baboon, and the Walia Ibex, a wild goat found nowhere else in the world. The Caracal also occurs within the Simien Mountains. More than 50 species of birds inhabit the park, including the impressive Bearded Vulture, or Lammergeier, with its 10-foot (3m) wingspan.

The park is crossed by an unpaved road which runs from Debarq, where the administrative headquarters of the park is located, east through a number of villages to the Buahit Pass, where the road turns south to end at Mekane Berhan 10 kilometers beyond the park boundary. 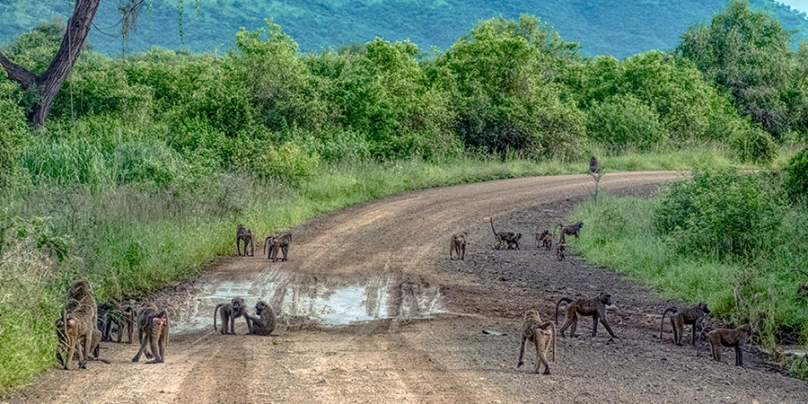 Mago National Park is one of the National Parks of Ethiopia. Located in the Southern Nations, Nationalities, and Peoples Region about 782 kilometers south of Addis Ababa and north of a large 90° bend in the Omo River, the 2162 square kilometers of this park are divided by the Mago River, a tributary of the Omo, into two parts. To the west is the Tama Wildlife Reserve, with the Tama river defining the boundary between the two. To the south is the Murle Controlled Hunting Area, distinguished by Lake Dipa which stretches along the left side of the lower Omo. The park office is 115 kilometers north of Omorate and 26 kilometers southwest of Jinka. All roads to and from the park are unpaved.

The major environments in and around the Park are the rivers and riverine forest, the wetlands along the lower Mago and around Lake Dipa, the various grasslands on the more level areas, and scrub on the sides of the hills. Open grassland comprises about 9% of the park's area. The largest trees are found in the riverine forest beside the Omo, Mago and Neri. Areas along the lower Omo (within the park) are populated with a rich diversity of ethnic groups, including the Aari, Banna, Bongoso, Hamer, Karo, Kwegu, Male and Mursi peoples.

The Mago National Park was established in 1979, making it the newest of Ethiopia's several National Parks. Its highest point is Mount Mago (2528 meters). Indigenous bird life include the extremely uncommon Turdoides tenebrosus especially at Lake Dipa, Estrilda troglodytes in the rank grass along streams and swamp edges, Phoeniculus damarensis, Porphyrio alleni, Butorides striatus also at Lake Dipa, and in riverine contexts Pluvianus aegypticus, Scotopelia peli and Cossypha niveicapilla.[1] The park's perhaps best known attraction are the Mursi, known for piercing their lips and inserting disks made of clay.

Mazie national park was established in 2005 G.C.It is 210 square kilometers wide & it is 490 kilometers away from Addis Ababa.

MzNP is one of the wildlife conservation areas known for its good population of the critically endangered endemic Swayne’s Hartebeests population and located 460km and 235 south west of Addis Ababa and Hawassa, respectively, in Gamo-Gofa Zone.

The Park is fortunate in possessing a number of rivers and streams which ultimately drains to Omo River. The name of the park derived after the largest river that crosses the park called Maze River.

The Park is covered by savannah grassland with scattered deciduous broad leave trees as well as Riverbasine association along the main watercourses. The Wild animal of the MzNPsupports a wide range of savannah species. So far 39 larger and medium sized mammals and 196 birds’ species have been recorded. It is one of the three sites in the world where good population of the endemic Swayne’s Hartebeest’s population still survive. Besides, orbi, Bohor red buck, buffalo, warthog, bushbuck, waterbuck, greater kudu, lesser kudu, bush pig, Anubus baboon, vervet monkey, lion, leopard, wild cats, serval cat are among others common species.

The landscape of MzNP is surrounded by interesting high rugged mountain ranges, escarpment and small hills. The landscape is breathtaking and important for sustainable eco-tourism development. The MzNP and the surrounding area have different natural, cultural and historical attractions such as Bilbo Hot Springs, Wenja Stone Cave, “Kaouwa Wella”(Yeniguse Warka),

Bilbo/Halo Hot Spring: is situated at the upper parts of Maze River in the park It is a form of geyser, which shoot up hot water from deep in side the ground. The smoke released from this hot spring, cover wide area and seen from a distance. People from far areas and local people used it as traditional medicine.

Wenja Stone Cave: Natural rock cave that can hold up to 300 people. According to legends, in the past, the site was used to punish criminal/ unlawful member of the community.

Religious Site in Chosho Market: There are two oldest big trees in Chosho Market. These trees are believed as justice giving (court) by the locals residence for any disagreement that may arise among them. The site is locally called “Kaouwo welloa” meaning the king’s tree.

CCNP is found within the western side of the central Omo Gibe basin, in between Dawro zone and Konta Special Woreda of the SNNPRS, Ethiopia. The park is located about 330 & 460 km southwest of Hawassa & Addis Ababa, respectively. It covers an area of 1215 km2 that ranges in altitude form 700 to 2450 m.a.s.l.

The Park is fortunate in possessing numerous rivers and streams and four small creator lakes (Keriballa, Shasho, Koka) which are reason for the rich wildlife resources of the area. Zigina River is rises from the north east highlands of the area and cross the central part of the park(north to south) and feeds the Omo River ( there are also different perennial rivers feeding Omo River crossing the park). Shoshuma River is rises from the northwestern highlands of the Konta area highlands cross the northeastern part of the park and mixed with Zigina River in side the park, which go down together to Omo River.

The prominent topographic features is unique & highly attractive and characterized by unique and highly heterogeneous and hilly terrain, few flat lands and highly undulating to rolling plains with incised river and perennial streams, valley and gorges.

So far, 37 larger mammals and 237 species of birds have been recorded in the different habitats (Highland & Rverine forest and savanna and bush lands) of the park. White-cliff chat, banded-barbet, wattled ibis, black-headed forest Oriole and thick billed Raven are endemic birds for the country.

This park is one of the relatively untouched, recently discovered and rich wilderness areas but the list visited and known park in the country. The park comprises unique and attractive mountain closed forest, closed tall-grassed savannah habitat, thick woodland forest. The landscape very fascinating highly rugged, undulating to rolling plains there a number of hilly & mountainous land which the whole year covered by vegetations. A number of cold & hot springs, historical caves, the Meka Forest (which is always with African Elephants). The park is the best site to see the African Elephants, and Buffalo.

The Park & surrounding area also has different natural and cultural attractions such as different hot and cold springs, lakes and caves.