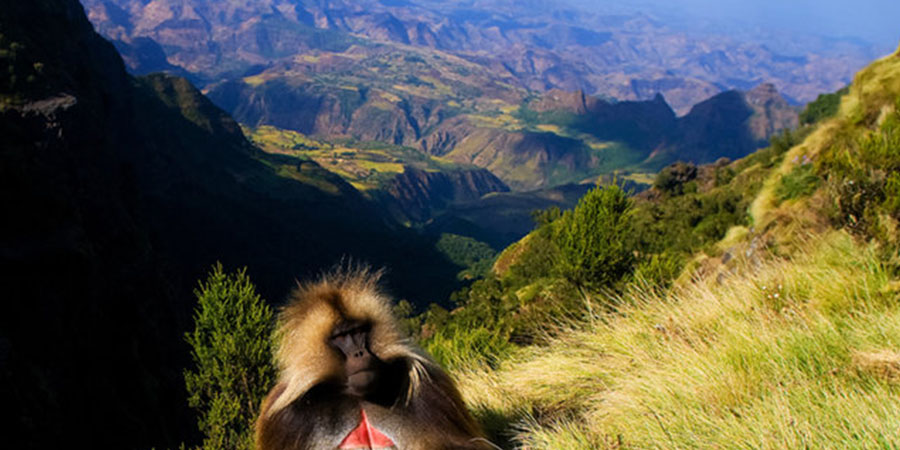 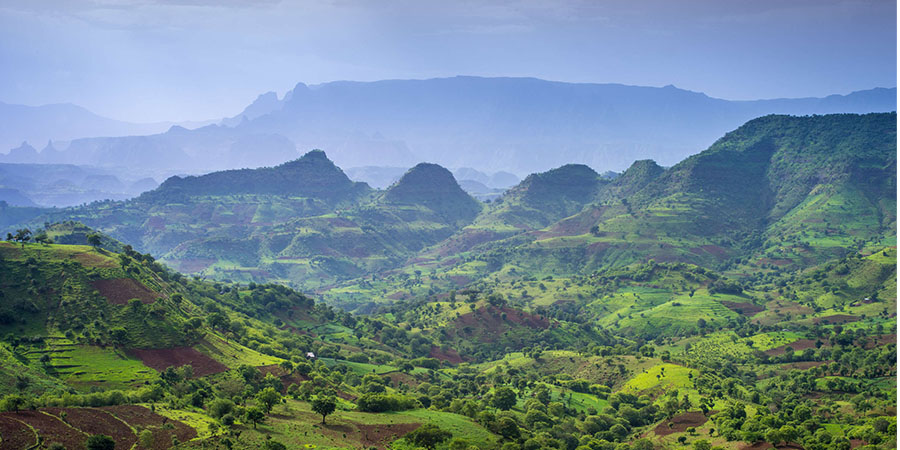 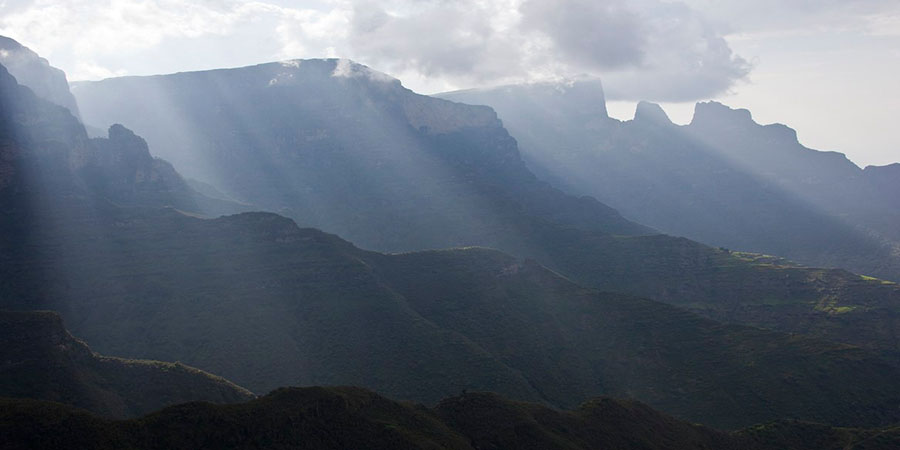 The Simien mountains massif is one of Africa’s principal highlands, rising to Ras Deshan (4,535m),the fourth highest peak on the continent. Situated 100km north of Gondar, the mountains provide an excellent trekking area, with defined paths and spectacular scenery. There is a good variety of wildlife including baboons, ibex, the Ethiopian wolf and a variety of birds and prey such as the lammergeyer. The National Park is made up of a rocky massif - cut by streams and gorges - which slopes down to grasslands It comprises of three general botanical regions.